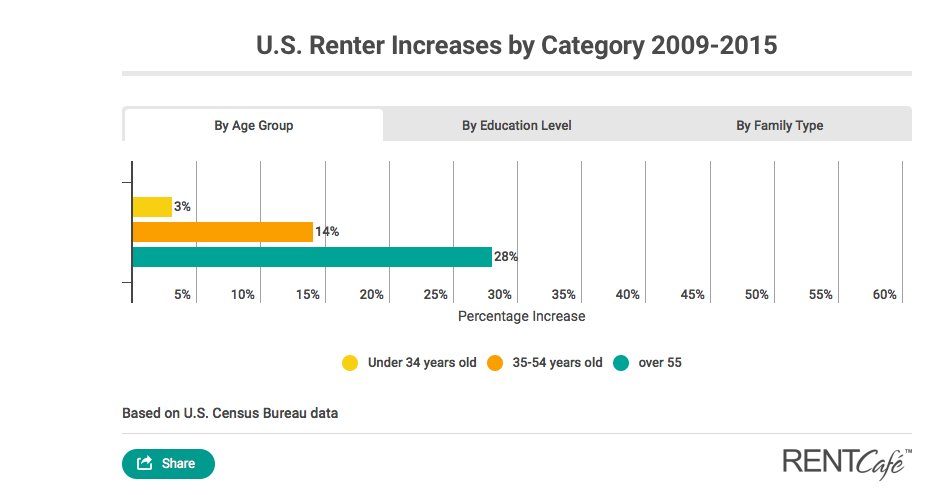 Those over 55 are the fastest growing segment of the rental market. 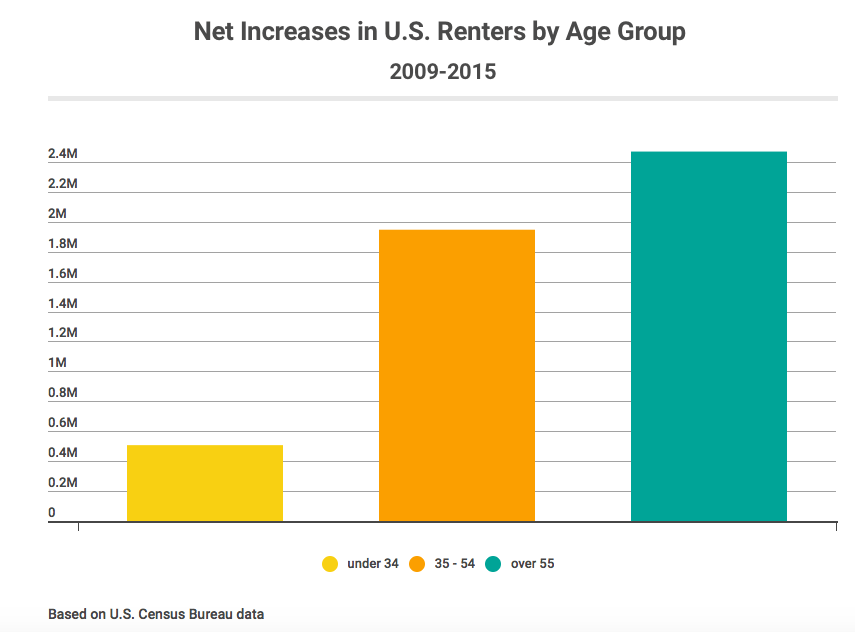 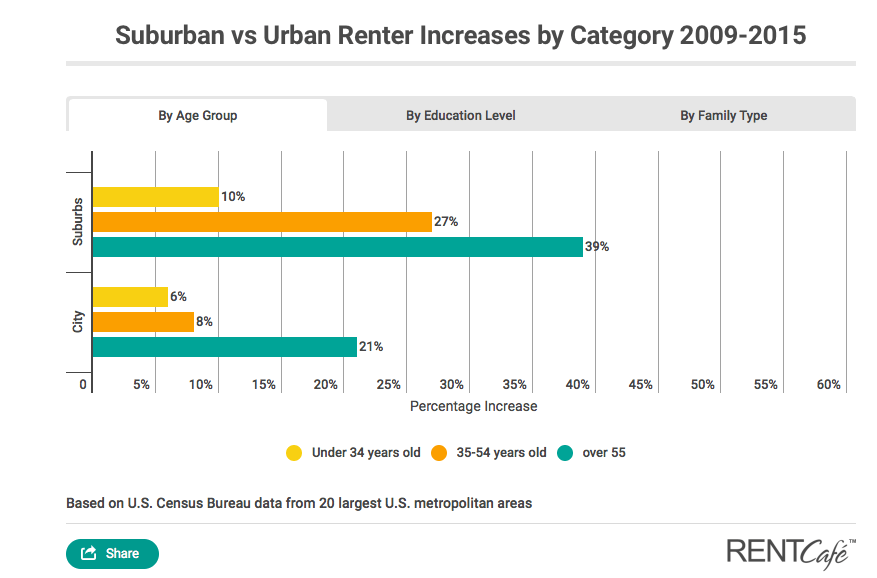 All age groups seem to prefer renting in the suburbs over the city.

Many of us have an image of renters as young, single, twenty-somethings, getting their first place in the city. But according to new analysis of U.S. Census data, the demographic group driving the rental market nationwide is actually educated, empty-nest baby boomers who prefer to live in the suburbs.

“Whether driven by a change in lifestyle, a consequence of the housing crash, or an inability to find affordable homes to downsize, senior households are embracing renting in droves,” according to the report from RentCafe.

The increase in senior renters can be seen nationwide, as well as locally. In the San Francisco metro area, between 2009 and 2015, there was a 10 percent increase in renters under 34. In the same time period, the percentage of renters over 55 increased by 27 percent. That’s over 40,000 new senior renters in the area in only six years.

“Now that the lure of apartment living has spread into the American suburb, renters who want to live in a walkable neighborhood and have a short commute to work can get what they’re looking for thanks to the emergence of the ‘suburban downtown’ and to a concept known as ‘transit-oriented development,’” said the report.

In the Bay Area, these transit-oriented developments (the latest of which just broke ground in Oakland) are often located along BART and Caltrain lines and provide easy access into the city, more living space than urban offerings, as well as walkable retail, restaurants and other neighborhood amenities.

“With such attractive (and often cheaper) housing alternatives right in their community, the decision to switch to renting has gotten much easier for suburban homeowners,” according to the report.