In spite of the disruption of the fires, November’s sales data echoed October’s performance in terms of new, pending and sold listings all remaining within normal ranges. The entire year has had less activity than in 2016, and October and November’s for both single family homes and condominiums continued that trend. Housing rents have spiked up and seem to be about 5-8% higher than they were before the fire. However, as the displaced residents are settled into their rental properties and demand drops back down to a more normal level, we expect that rents will also drop back down.

Single Family Homes:
November’s median sales price slipped back down to $675,000; however, prices are still up 8.5% year-on-year, on a three-month rolling average basis.

Just as October’s inventory was higher than in 2016, so is November’s. It stands at 2.3 months, up 9.5% year-on-year. The number of new listings on the market year-to-date is down 8.6% while the number of sales is down a bit more, at 8.5%. It is very much still a sellers market.

The median percentage of list price received is at 94%, down from last month’s 95% and from last November’s 96%.

In October, the median percentage of list price received was 99%, the same as 2016.

Eight new condo/townhome listings came on the market in November while Eight also went under contract, keeping inventory very low at 0.8 months supply. Overall, there have ben more condo/townhomes listings this year than last, up 8%, while sales are down 2.6%. 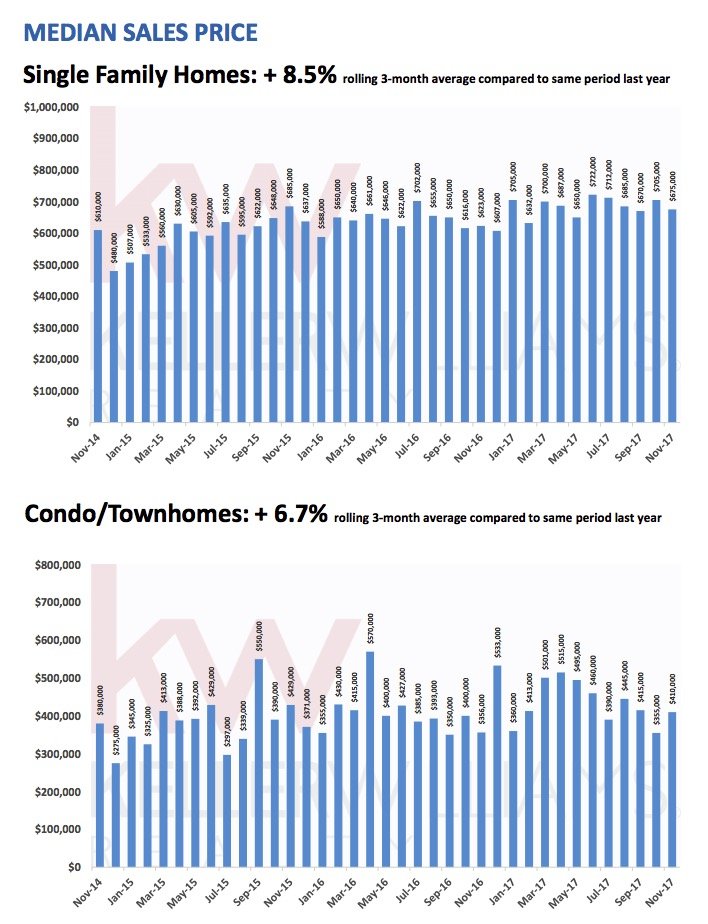 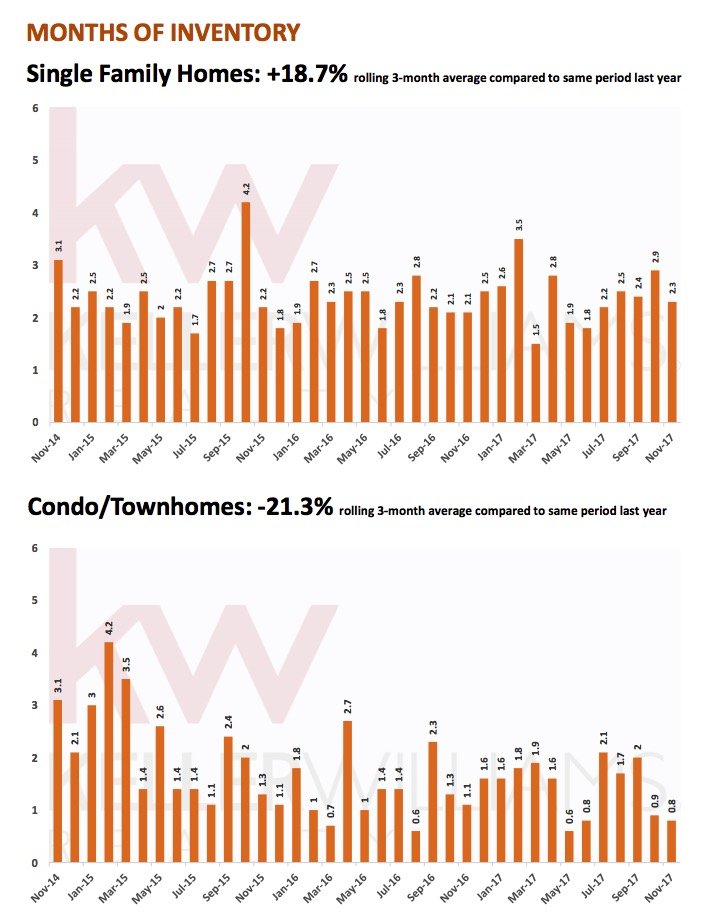 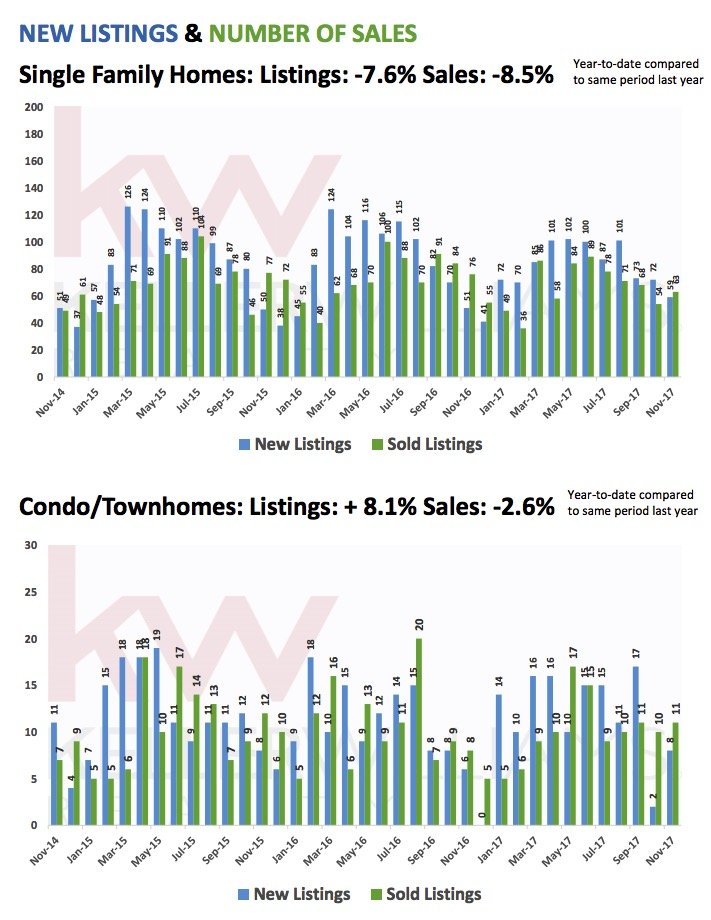 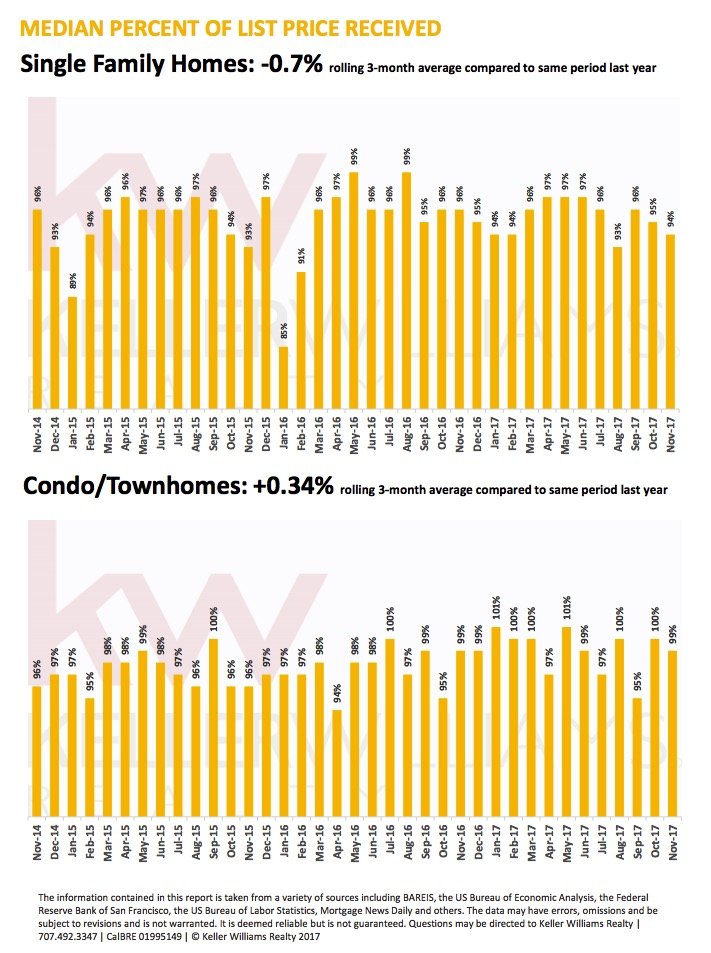