Napa’s continued hot housing market reflects the incredibly strong full-employment economy that the Bay Area and the U.S. are experiencing. Not only is unemployment in in Napa at just 4.5%, but the number of employees who are involuntarily part-time is falling and older workers are remaining in the work force longer.

The impact of this very healthy jobs data is twofold: continued strong demand for Napa housing; and fewer older workers retiring and moving out of the area for retirement. In fact, the number of new single family homes listed for sale year-todate is 12.6% lower than in 2016, and the lowest number in over a decade. This combination of strong demand and fewer homes coming on the market is keeping the median sold price for single family homes at $692,000 in April, 2.2% higher than April, 2016.

The resale condominium market is also very competitive. Prices have bounced around a bit, up one month and down the next. April’s median sold price, $530,000, was up from March, but down 7.2% from April, 2016.

The number of new condominium listings coming on the market in April rose slightly by 6.7%, while sales were off 50%. Inventory stands at 1.8 months, down 33% from last April’s 2.7.

Strong demand is keeping offer prices strong, with many entry-level properties receiving multiple offers. For single family homes, the median percentage price paid was 97% of original list price, the same as April 2016. Condominium buyers raised their offers a bit, from 94% of original list price last April to 97% this April. 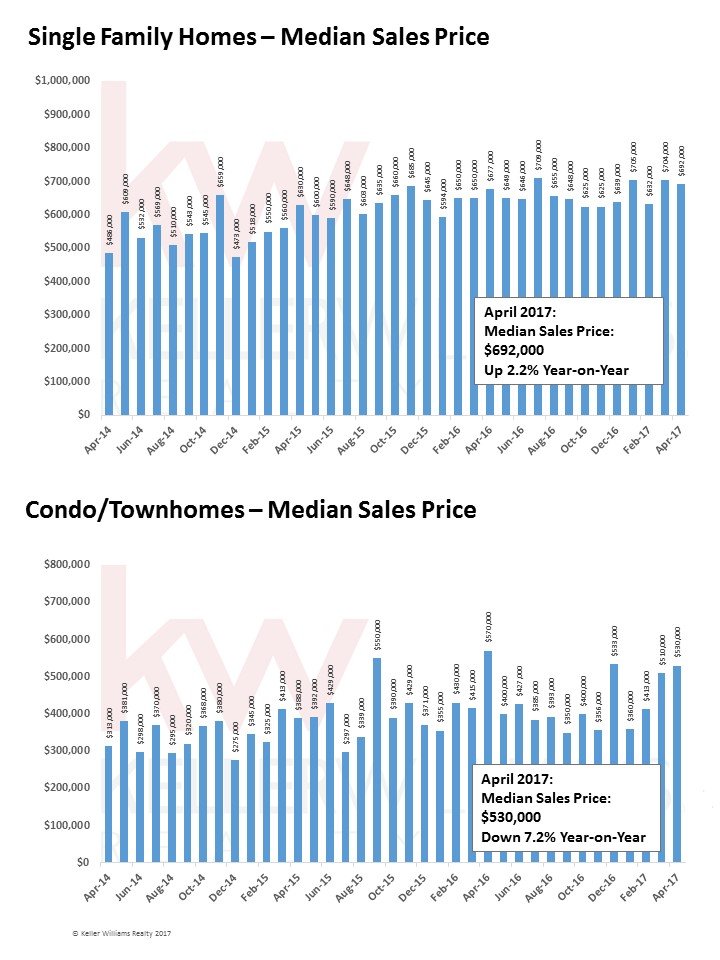 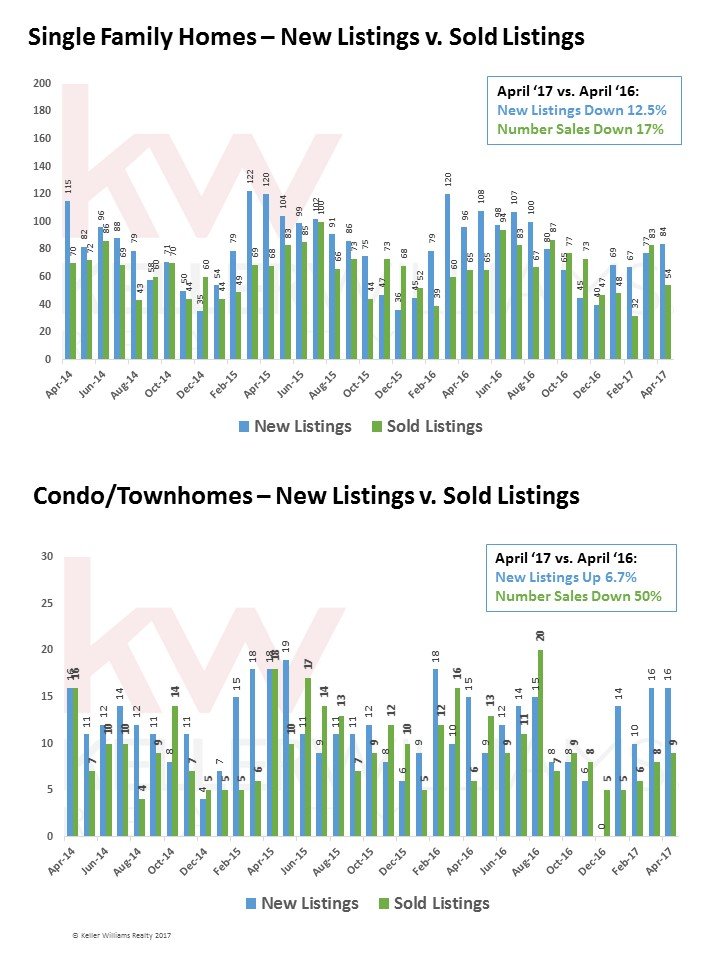