It’s emotional to write this month’s market update as we recover from the worst fire disaster to strike Napa County. The fire is already having an impact on our real estate market, with fewer homes available to sell and a large number of displaced residents seeking rental housing. While most fire victims will re-build and re-occupy, we know from other similar disasters that some simply pull up and move on, which could create more inventory for sale, either as an undeveloped lot or a newly rebuilt home. That all remains to be seen in the coming months and years, and I do mean years because, sadly, it will take many of the homeowners more than a year to get through the insurance and rebuilding process.

Inventory has been climbing since June’s market peak, now at 2.5 months, which is 8.7% higher than September, 2016. The number of new listings on the market year-to-date is down 9.5% while the number of sales is down less, at 1.8%, keeping the squeeze on supply.

The median percentage of list price received bounced back up to 95% from August’s 93%.

Condo/Townhomes:
Because there are fewer Condo/townhouse sales, looking at a three-month rolling average for median prices makes the most sense, so that’s what we’re doing. On that basis, median sold prices are up 15%, to $434,333, compared to September 2016’s $376,000.

In September, the median percentage of list price received dropped to 95%, the lowest level in a year.

The number of condo/townhomes listings is up 11% year-to-date, while sales are down 8.1%. Current inventory stands at 2.2 months, down from last September’s 2.3. 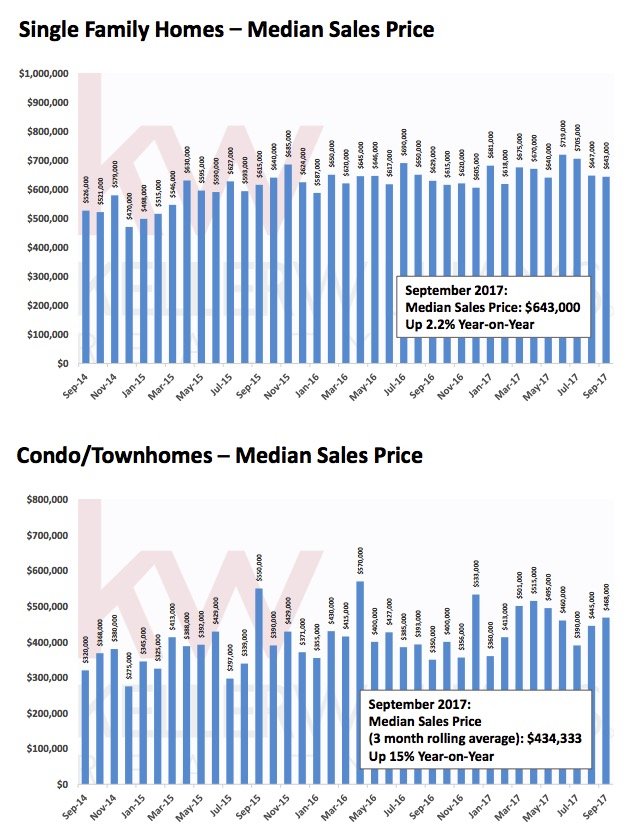 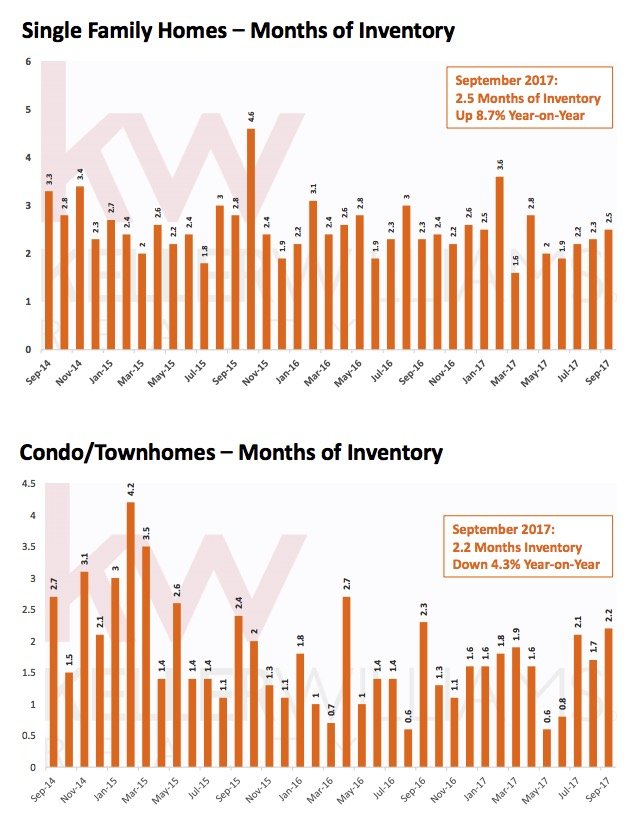 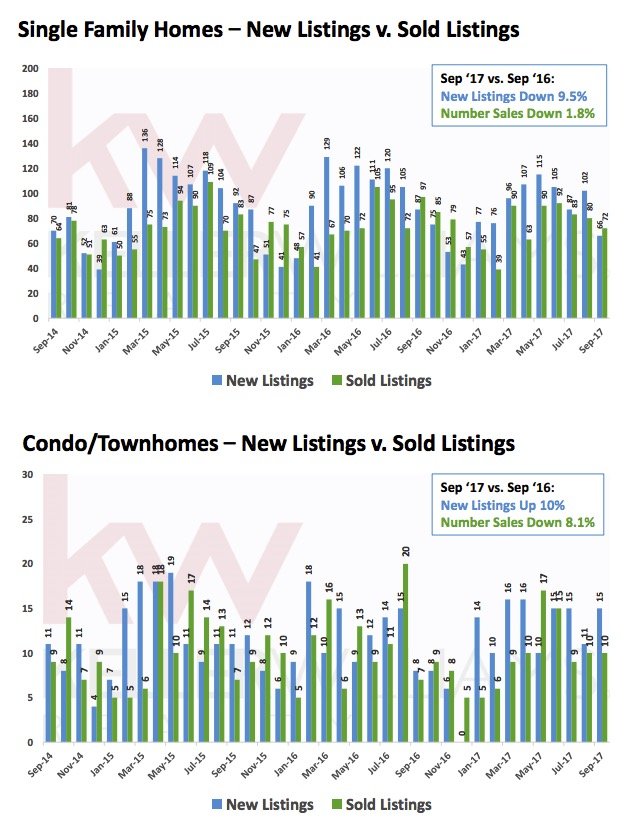 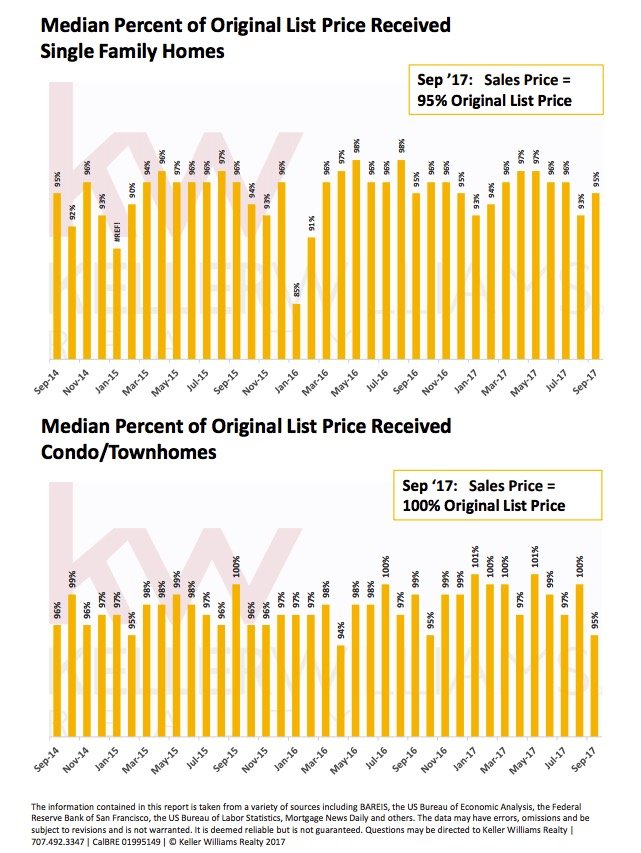