Autumn markets around the Bay Area have seen considerable shifts, but with wide variance in the magnitude of these changes between counties. So far, Sonoma County has seen some of the most dramatic changes in conditions and trends, especially as compared to the competitive, high-demand, low-inventory market that existed in late 2017 through spring 2018. Median sales prices remain higher on a year-over-year basis in Sonoma, but have dropped from spring peaks. Year-over-year home price appreciation rates are generally slowing around the Bay.

Though recent shifts have been significant, short-term fluctuations are not uncommon and need to be substantiated over the longer term. Many standard statistics are lagging indicators and take time to reflect changes on the ground. They will bear watching in coming months. 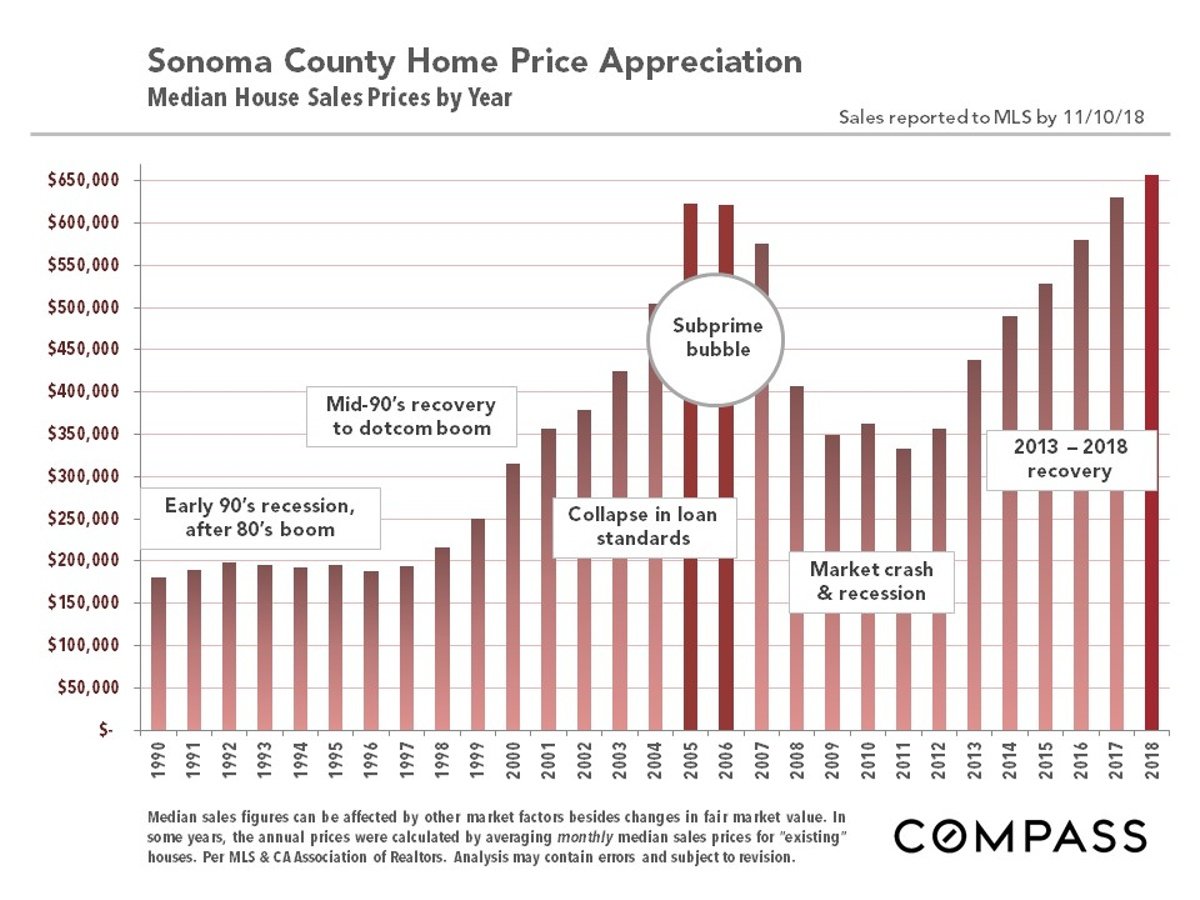 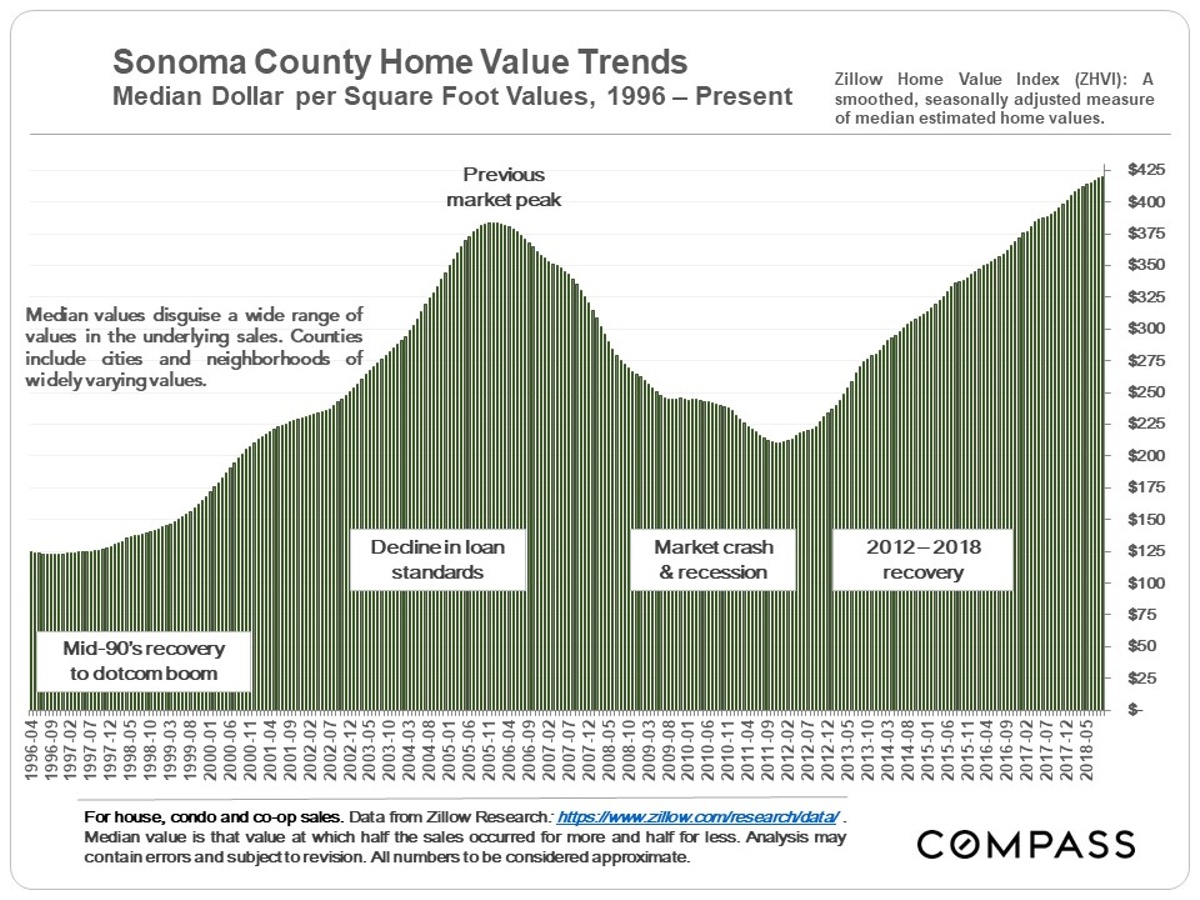 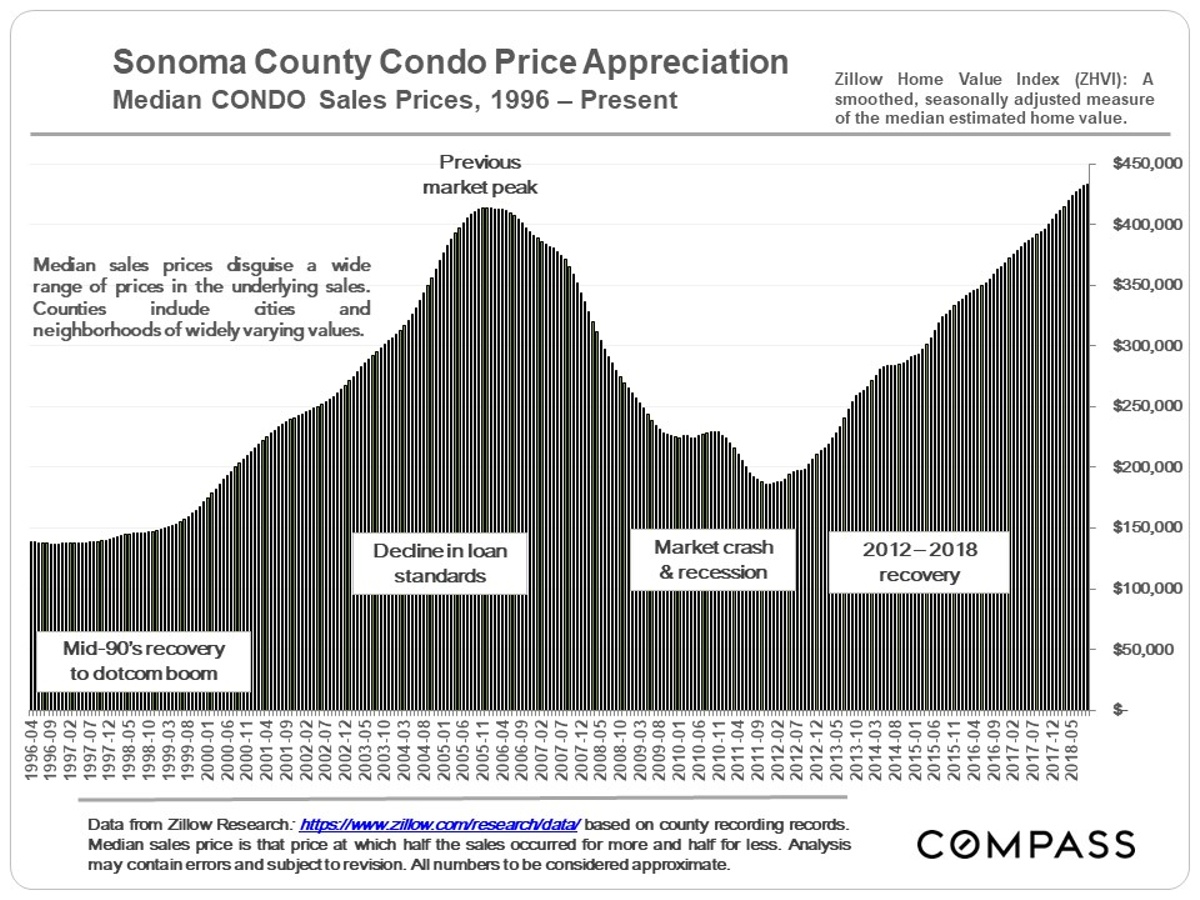 Increased supply: In August, September and October, the numbers of active listings on the market hit their highest levels since 2012 – much higher than at any time in 2016 and 2017. 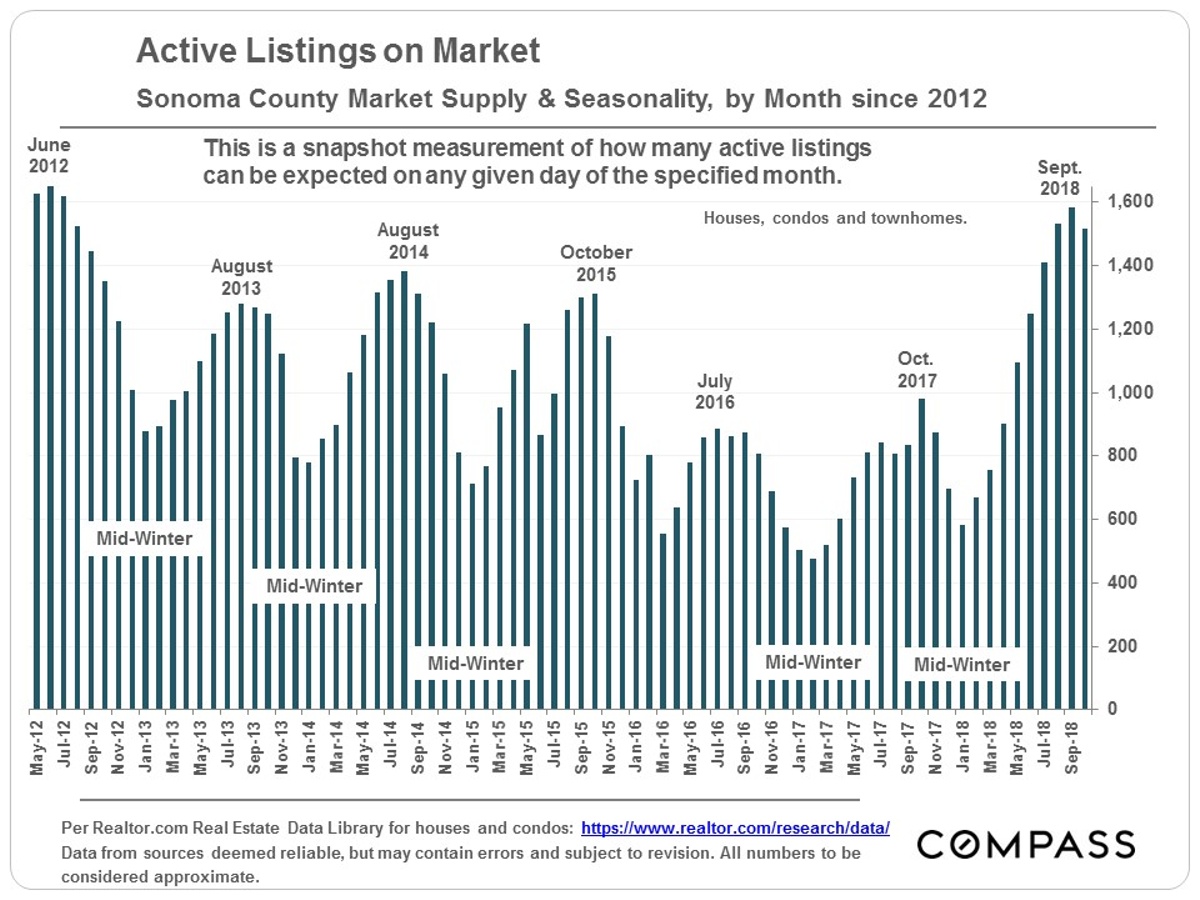 Reduced demand: Around the Bay Area, total sales volume in September dropped 18%, and in Sonoma County, there was a 26% decline. However, in October, sales bounced back and were 11% above October 2017, and about the same as October 2016. Still, with a big surge in active listings and an overall drop in sales, the supply and demand dynamic in the county has fundamentally softened. 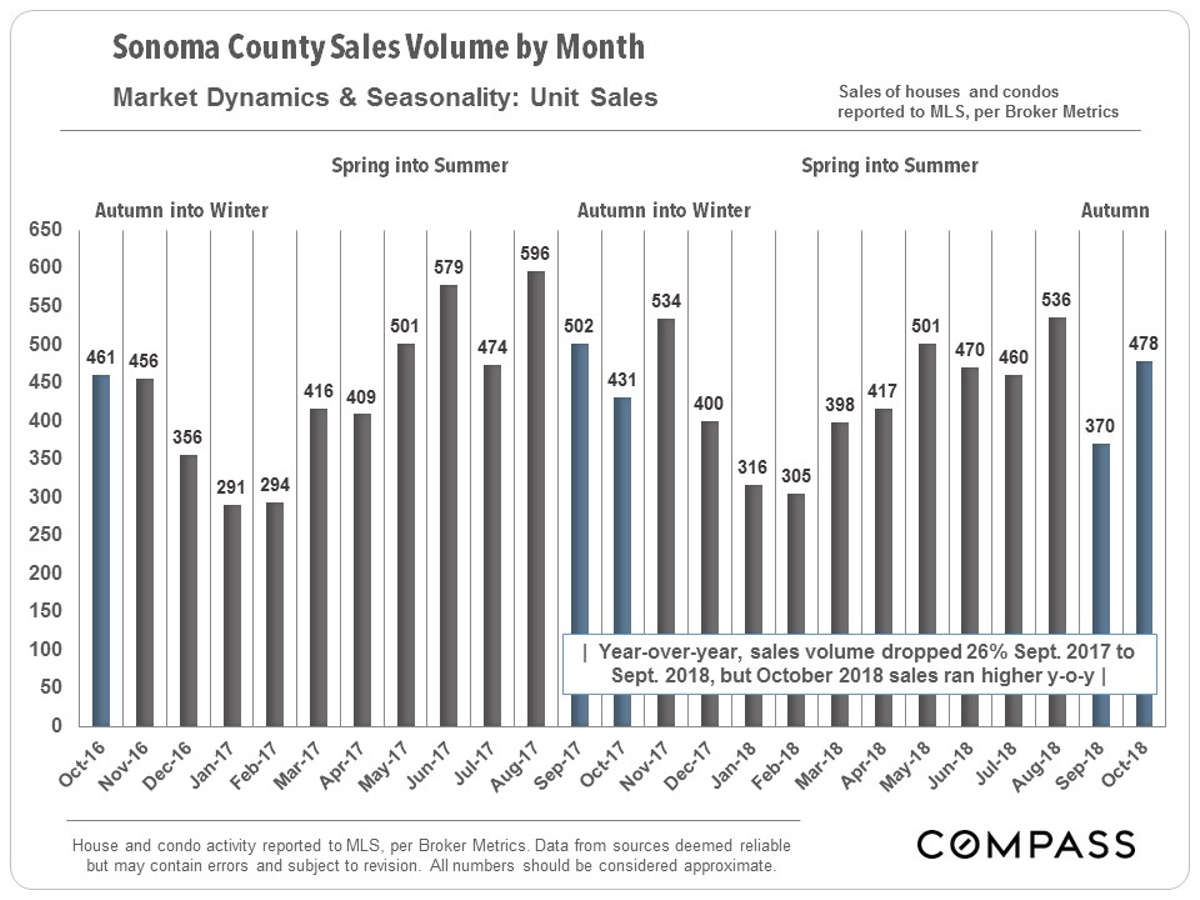 Less competition, fewer multiple offers: The percentage of listings receiving multiple offers has dropped year over year, and even more dramatically from the peak of the spring selling season. Still, a third of the listings that sold in September and October did see competitive bidding between buyers – most typically between 2 buyers. 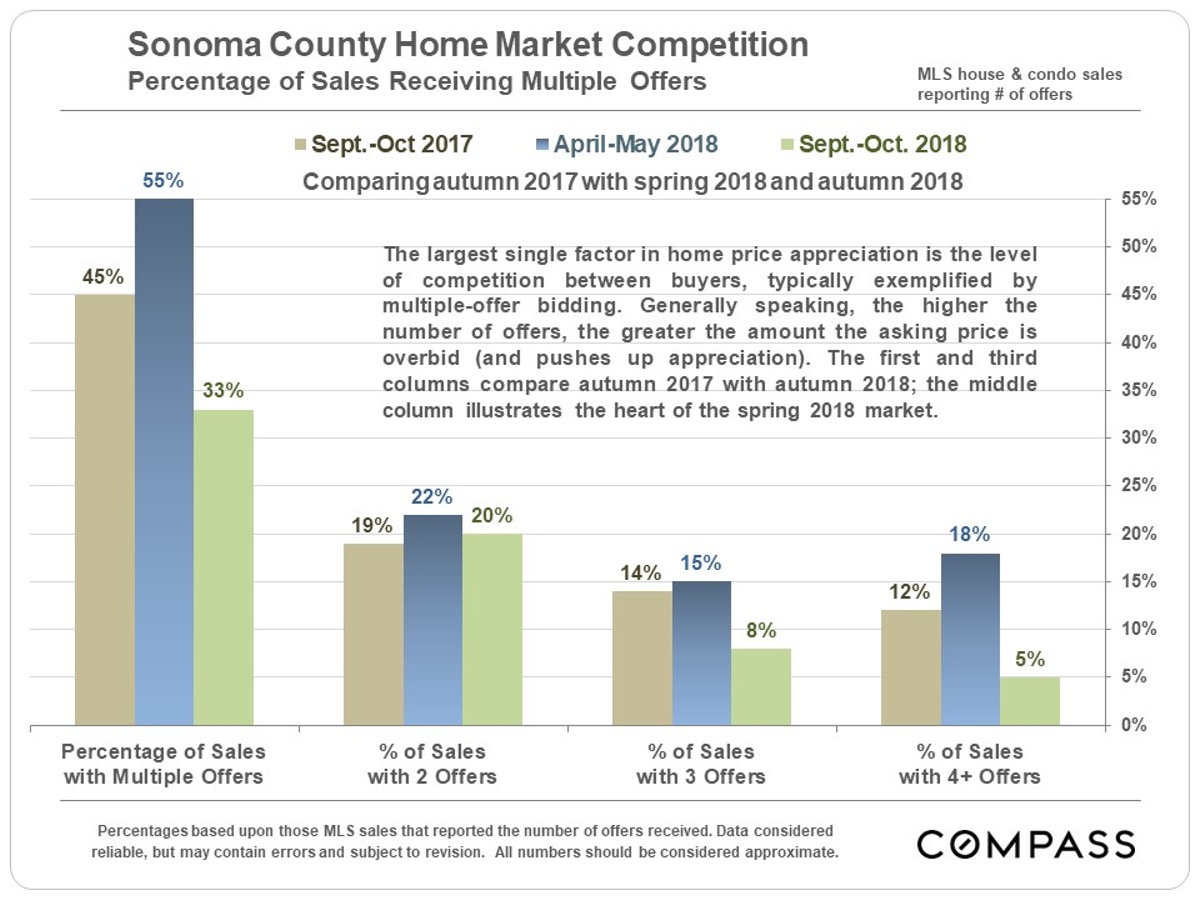 More under-bidding of asking price: In September and October, sales price to original list price percentages – one measure of demand – dropped to their lowest points in at least 2 years. Buyers are looking for and getting greater discounts off list price. 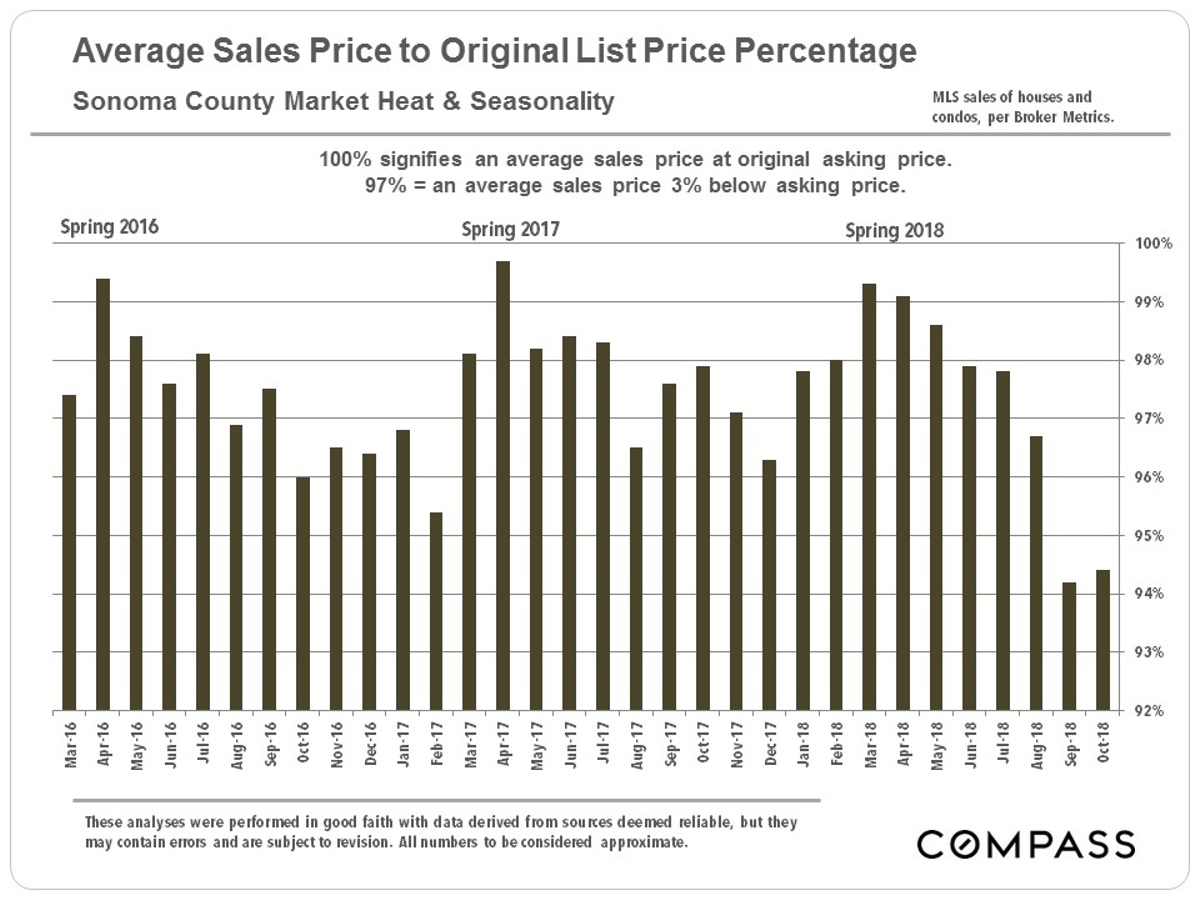 More price reductions: The number of listings reducing prices has soared. This is a very important indicator of a transitioning market. 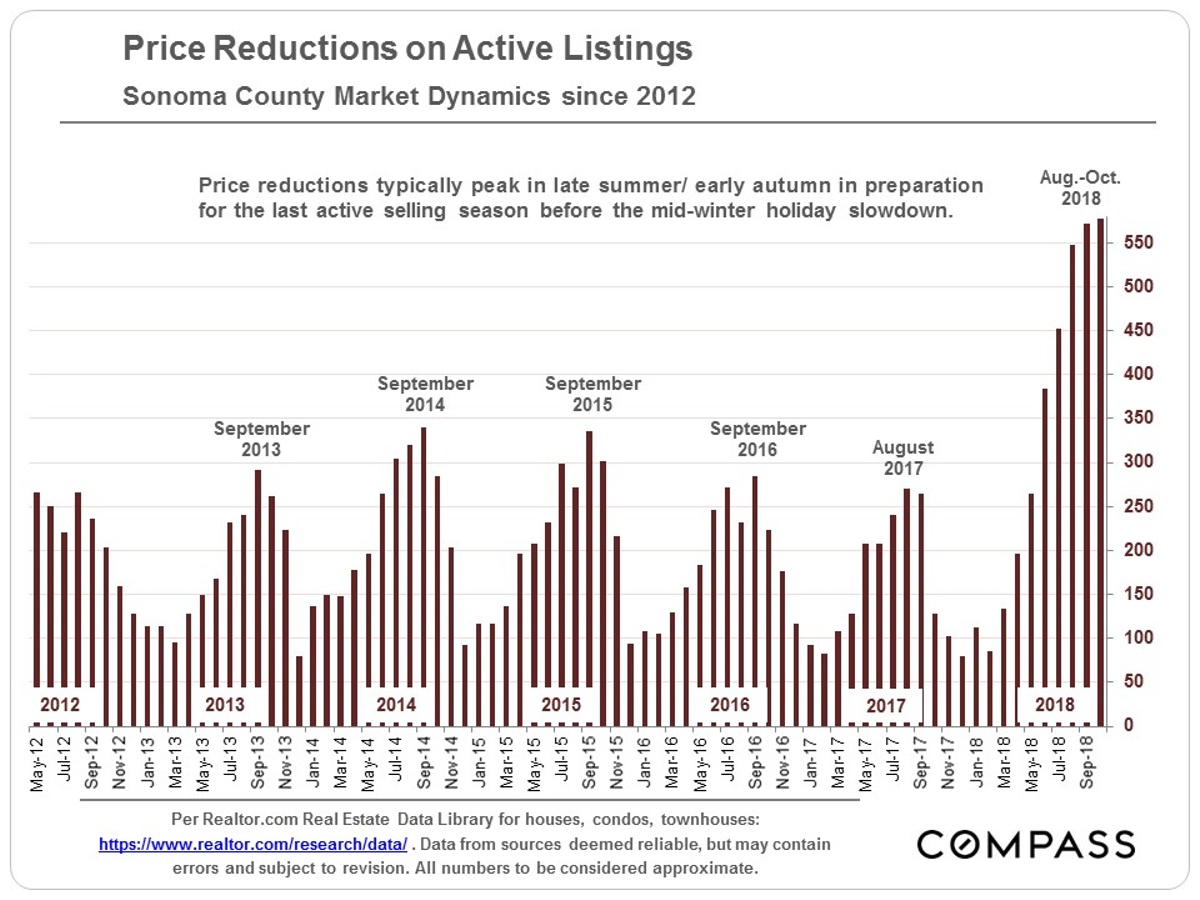 The number of listings expiring and withdrawn from the market has also jumped. It signals a growing disconnect between buyer and seller expectations about what constitutes fair market value for specific homes. We will see if there are substantial further increases in November and December of homes that sellers have not been able to sell at the prices they currently consider acceptable. 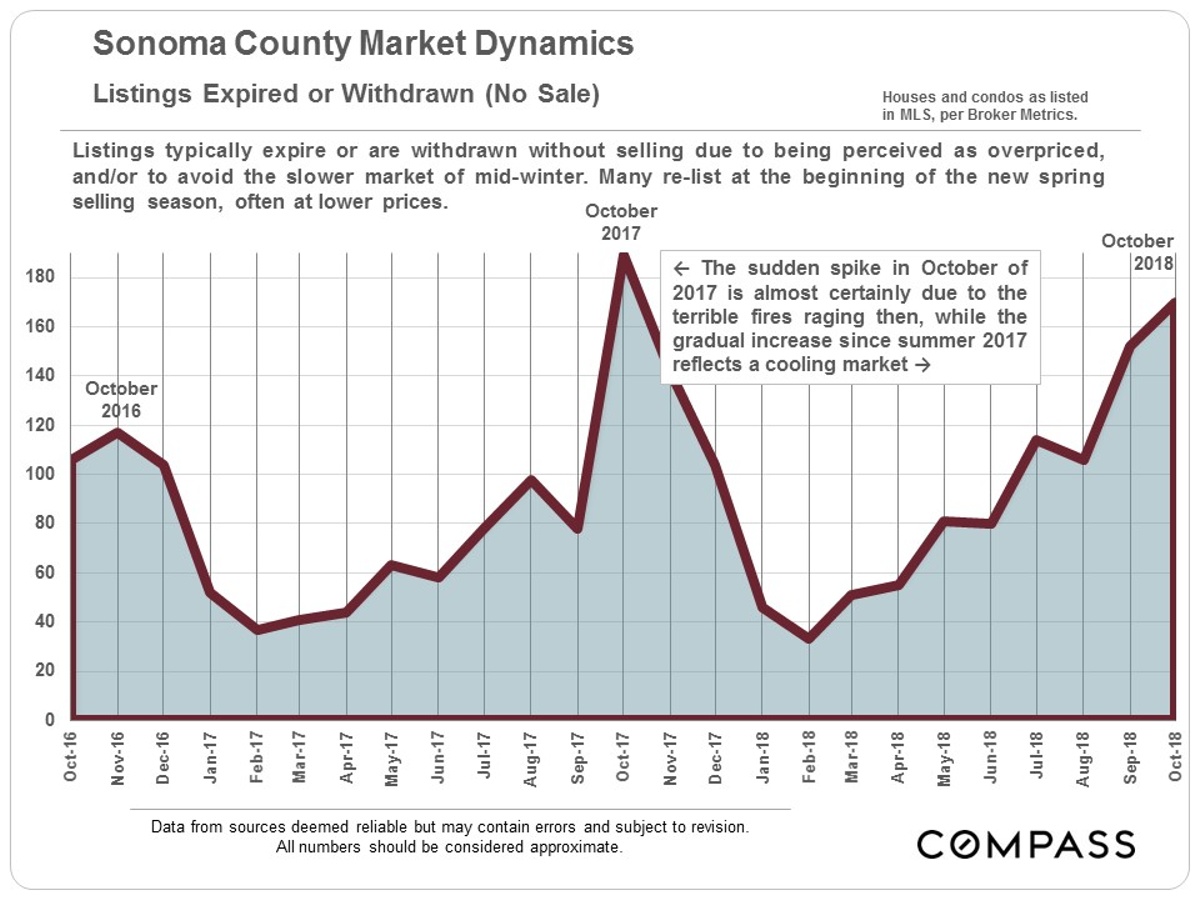 Thus far, those listings selling this autumn have generally sold relatively quickly. But this statistic is a lagging indicator and won’t reflect properties that have not yet sold, perhaps after necessary price reductions. If the market is in the midst of a sustained transition, future months may see significant adjustments in this metric. 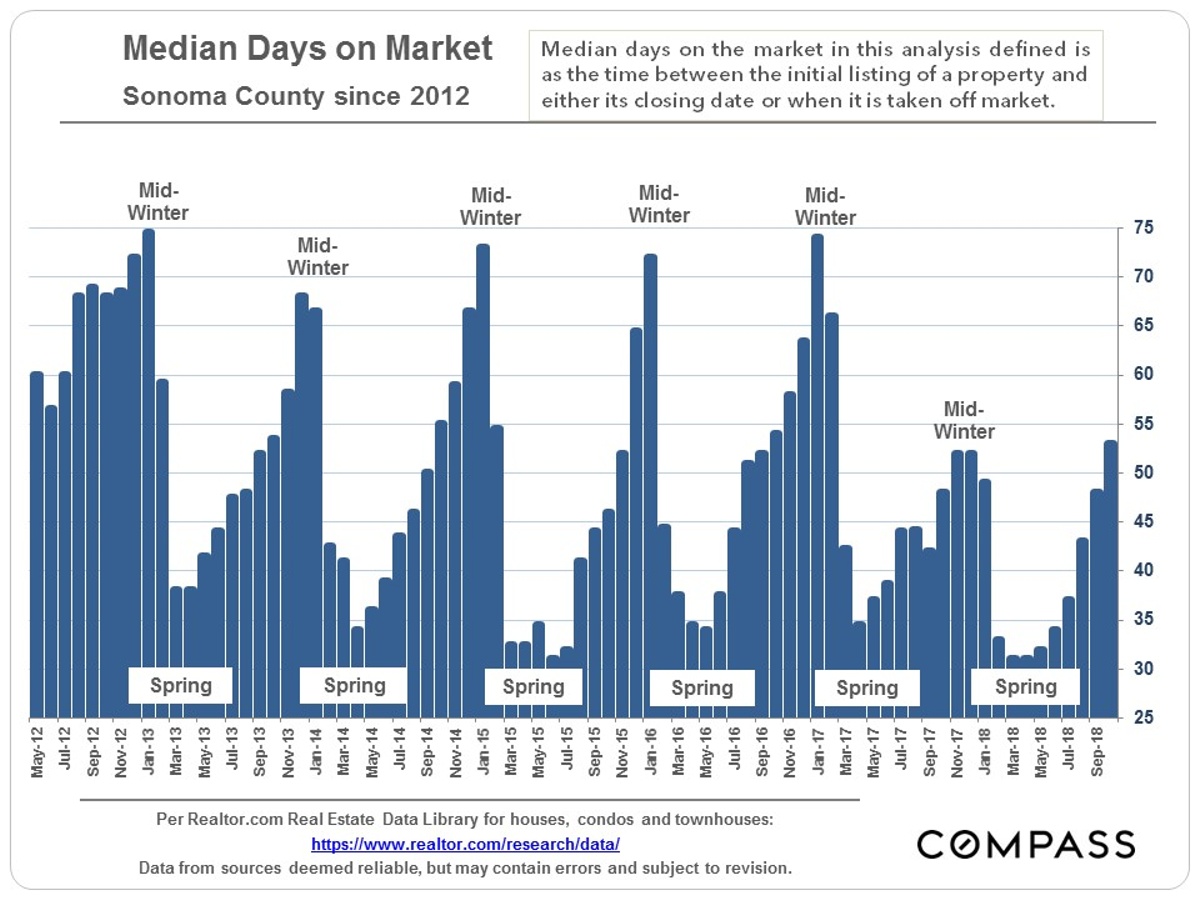 The next series of charts reflects seasonally adjusted, smoothed, estimated, fair market values going back to 1996. They are not based on MLS sales data and may vary – generally to some small degree – from MLS calculations. 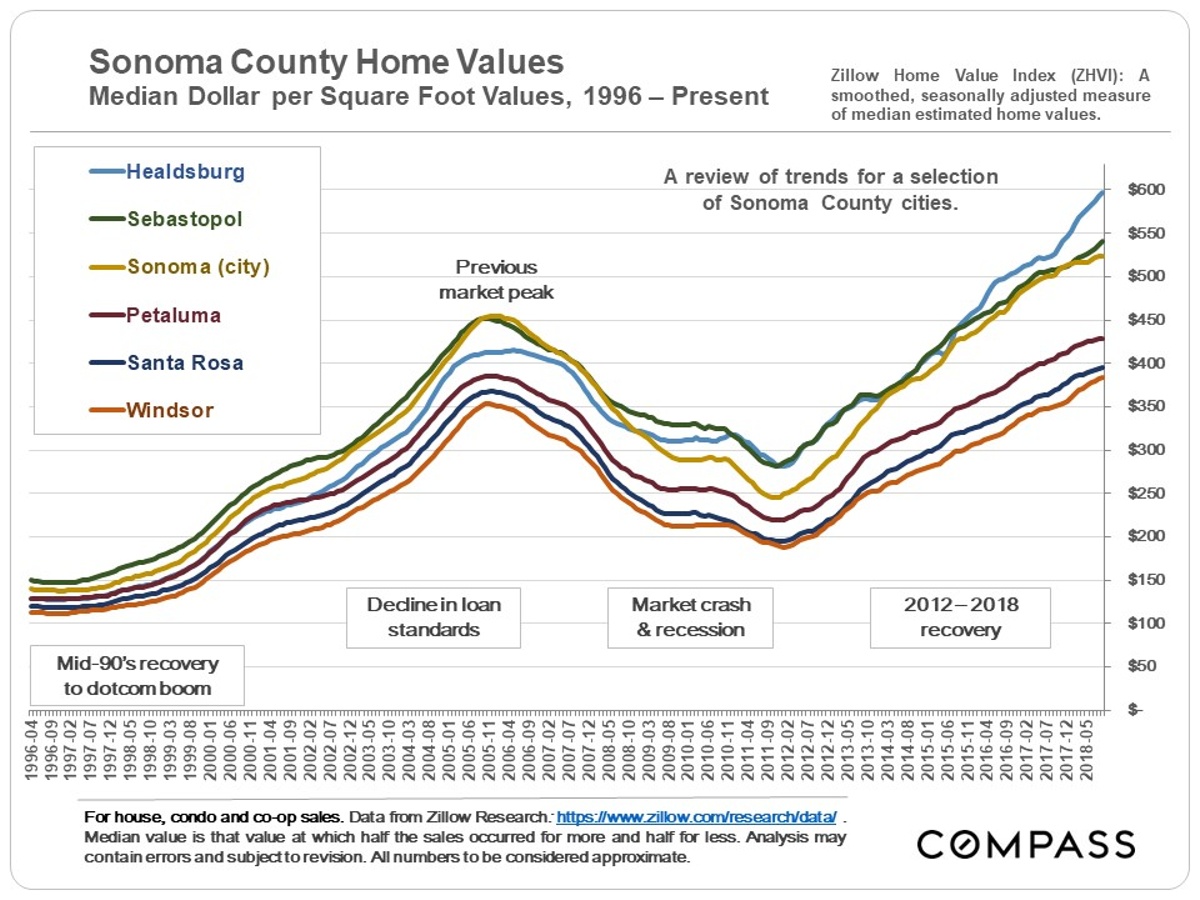 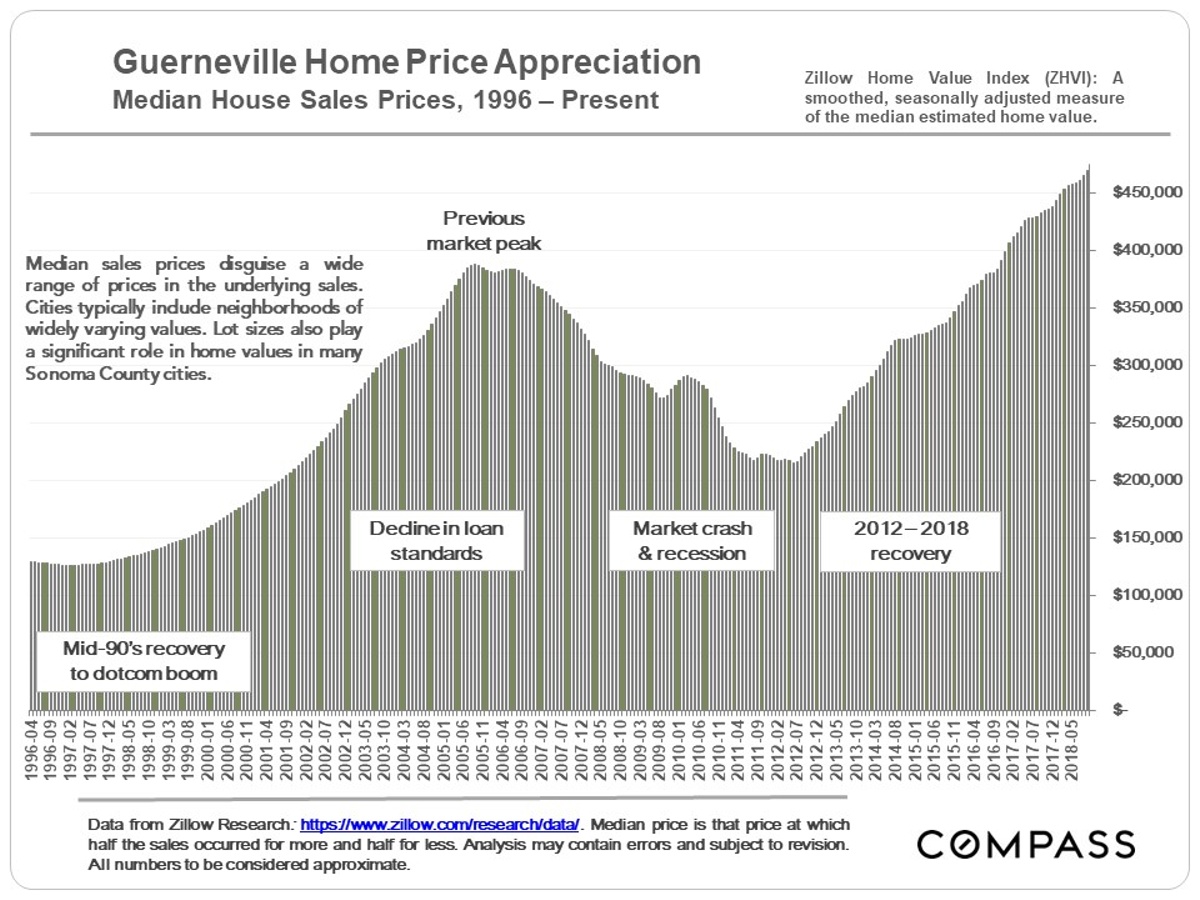 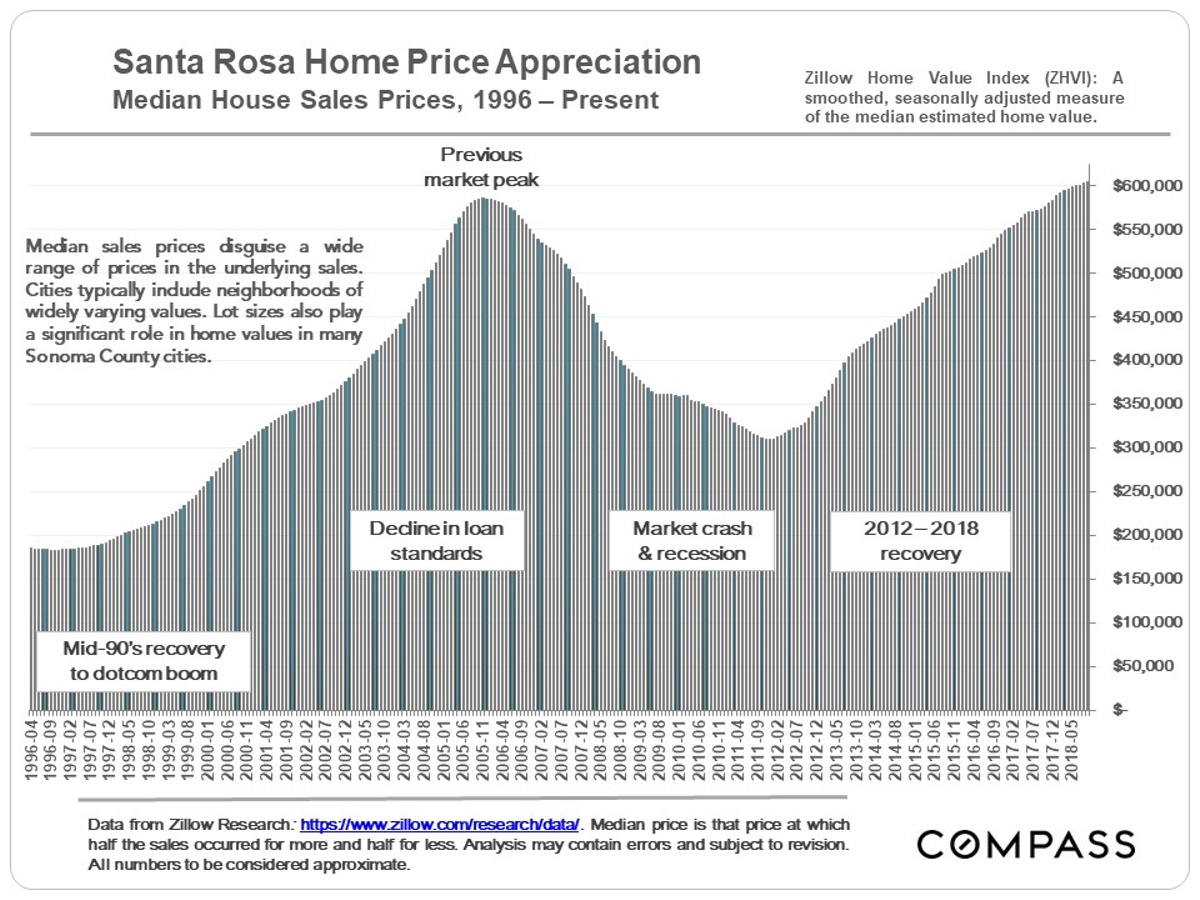 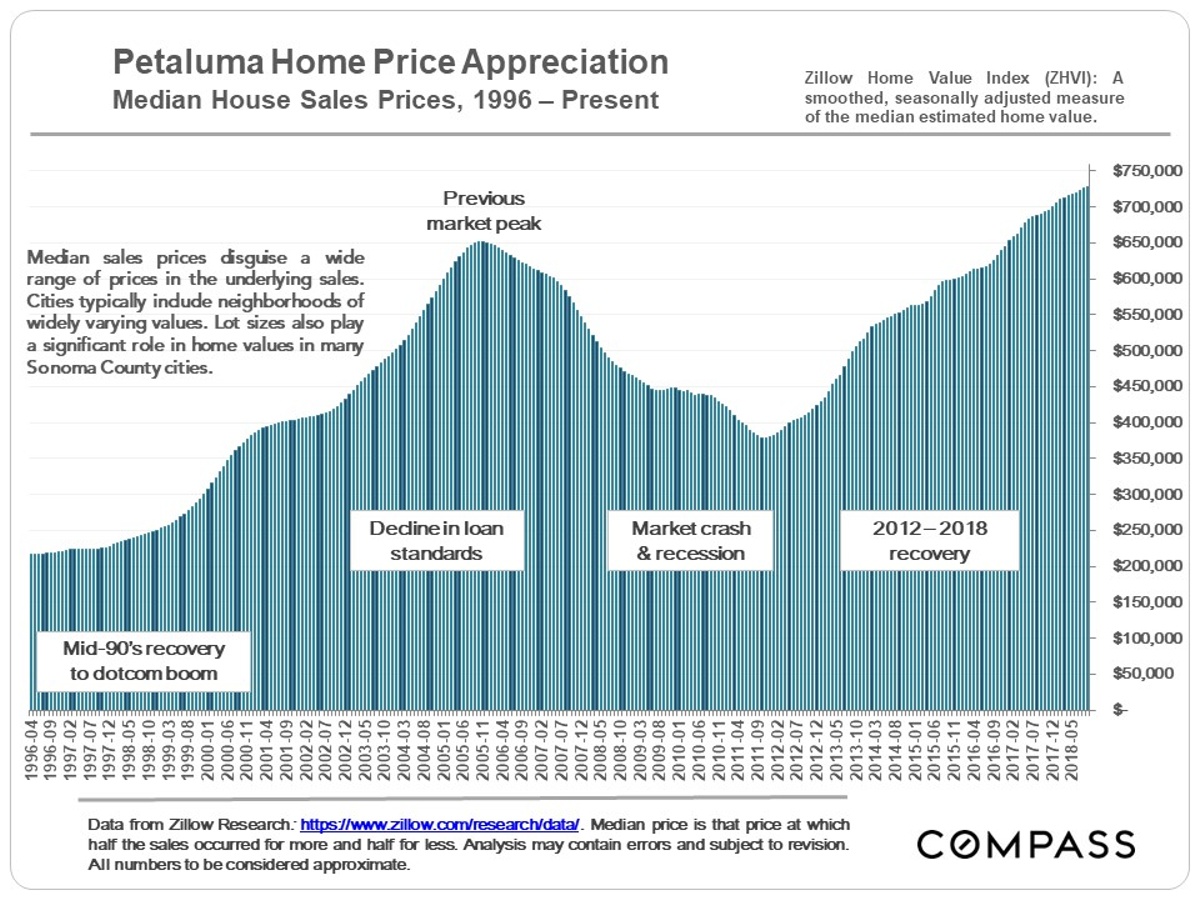 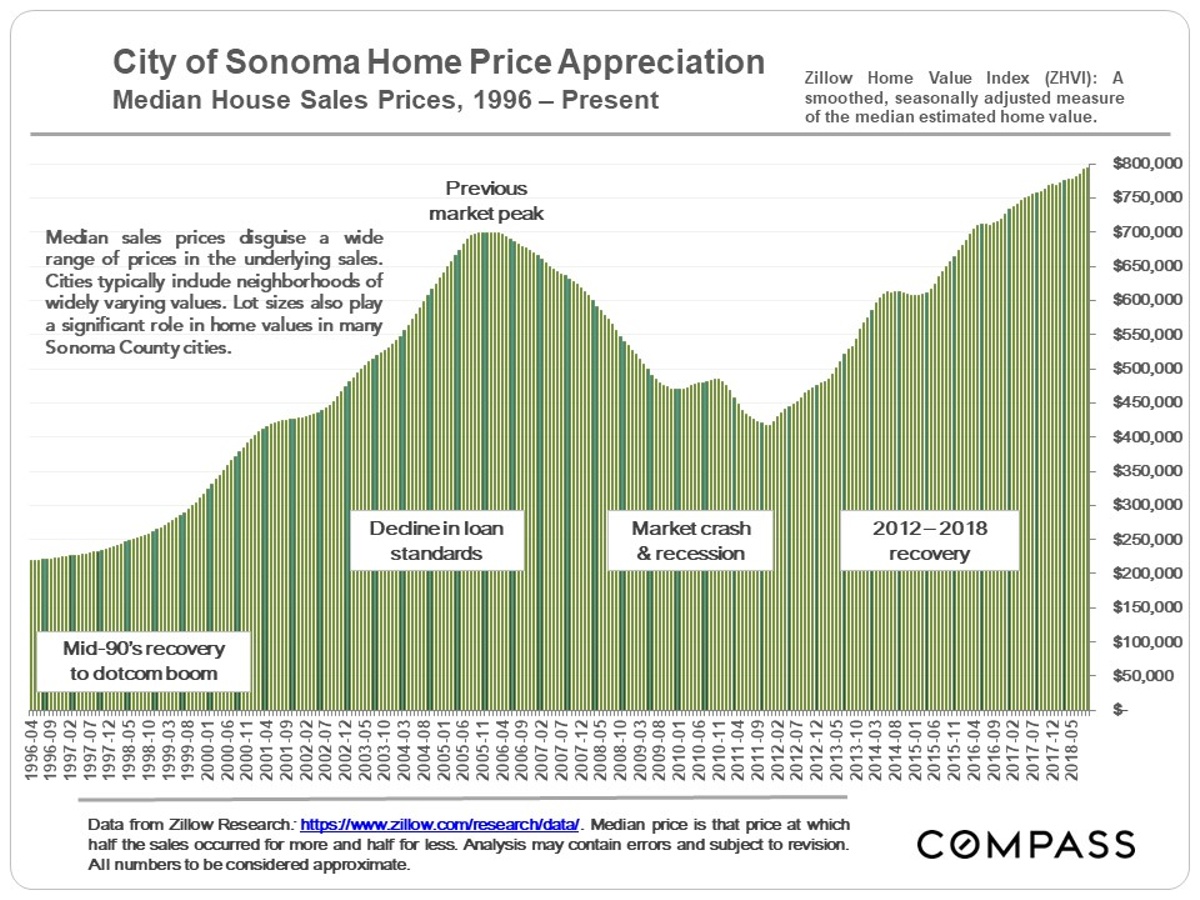 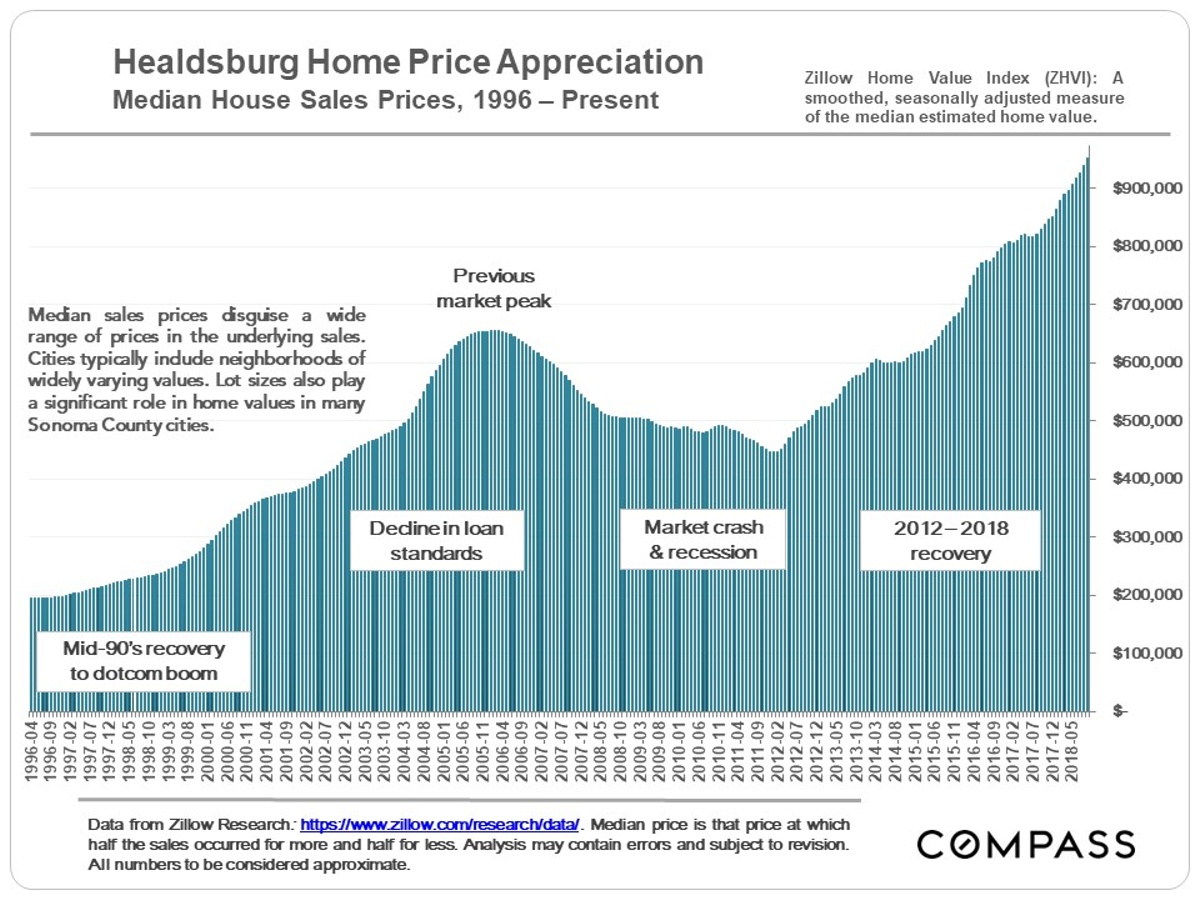